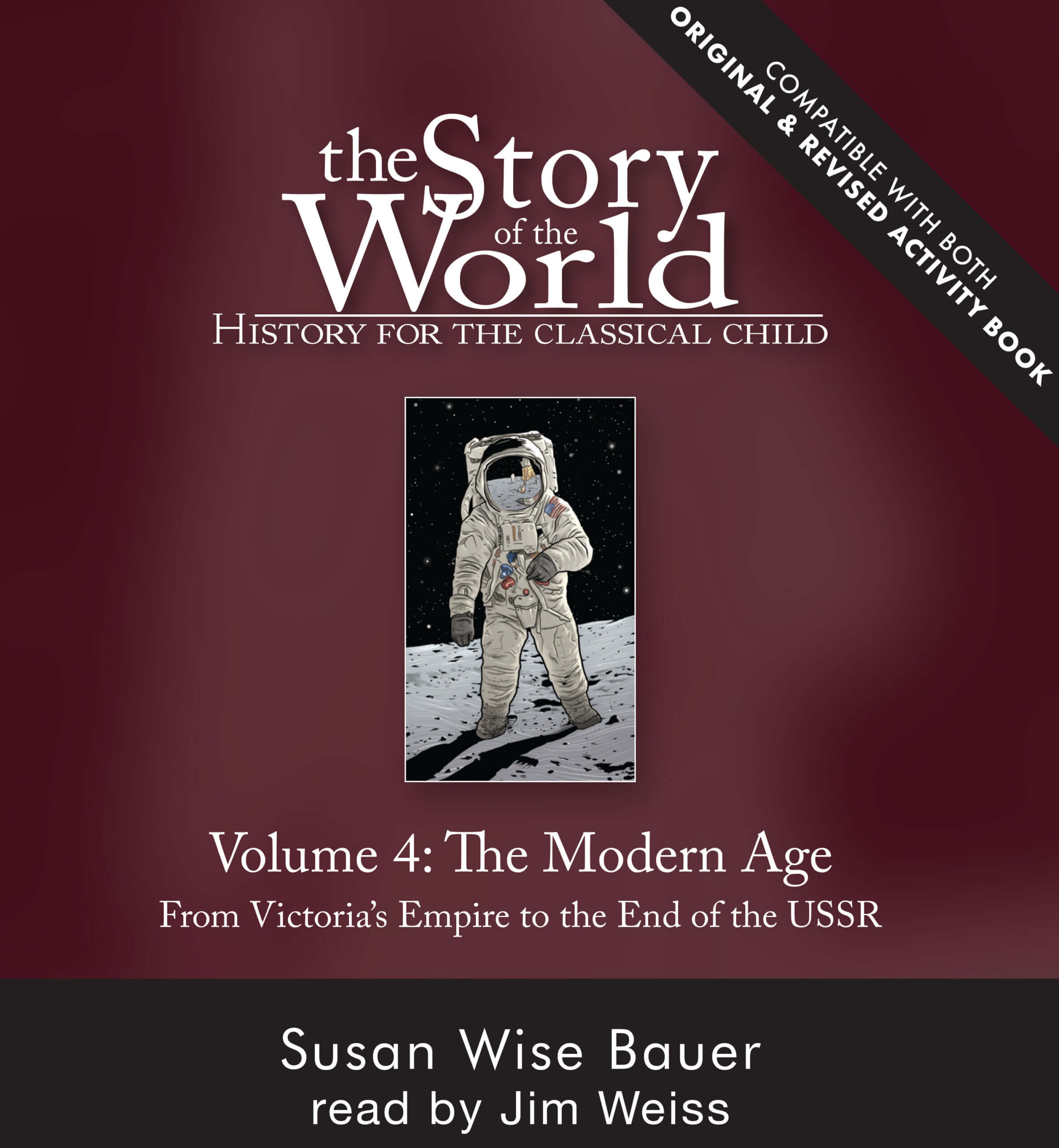 Listen to a Sample: Chapter 8A

The Story of the World Vol. 4: The Modern Age, Revised Edition Audiobook

The Audiobook brings history to life with this spirited reading of the Text by renowned narrator Jim Weiss. Save time by listening on the road or while preparing dinner, or let it lull the children to sleep at bedtime.

Investigate the fascinating story of the modern world, from the American Civil War through the end of the twentieth century – from Europe and the Middle East through India, China, the Arabian Peninsula, Australia, and both North and South America! Read by Jim Weiss, it can be enjoyed independently, read along with the Text, or used as a supplement to a traditional history curriculum.

Consider this: it’s almost time for lunch, your toddler is attempting to scale the mountain of laundry that hides the washing machine, and little Sally wants you to read her the chapter about the Space Race again. Do you really want to hinder her thirst for history? Of course not! But what about lunch? And that laundry won’t wash, dry, and fold itselF . . .  No problem. Let Jim Weiss take it from here. He can read to your kids when you can’t!

Be the first to review “The Story of the World Vol. 4: The Modern Age, Revised Edition Audiobook” Cancel reply