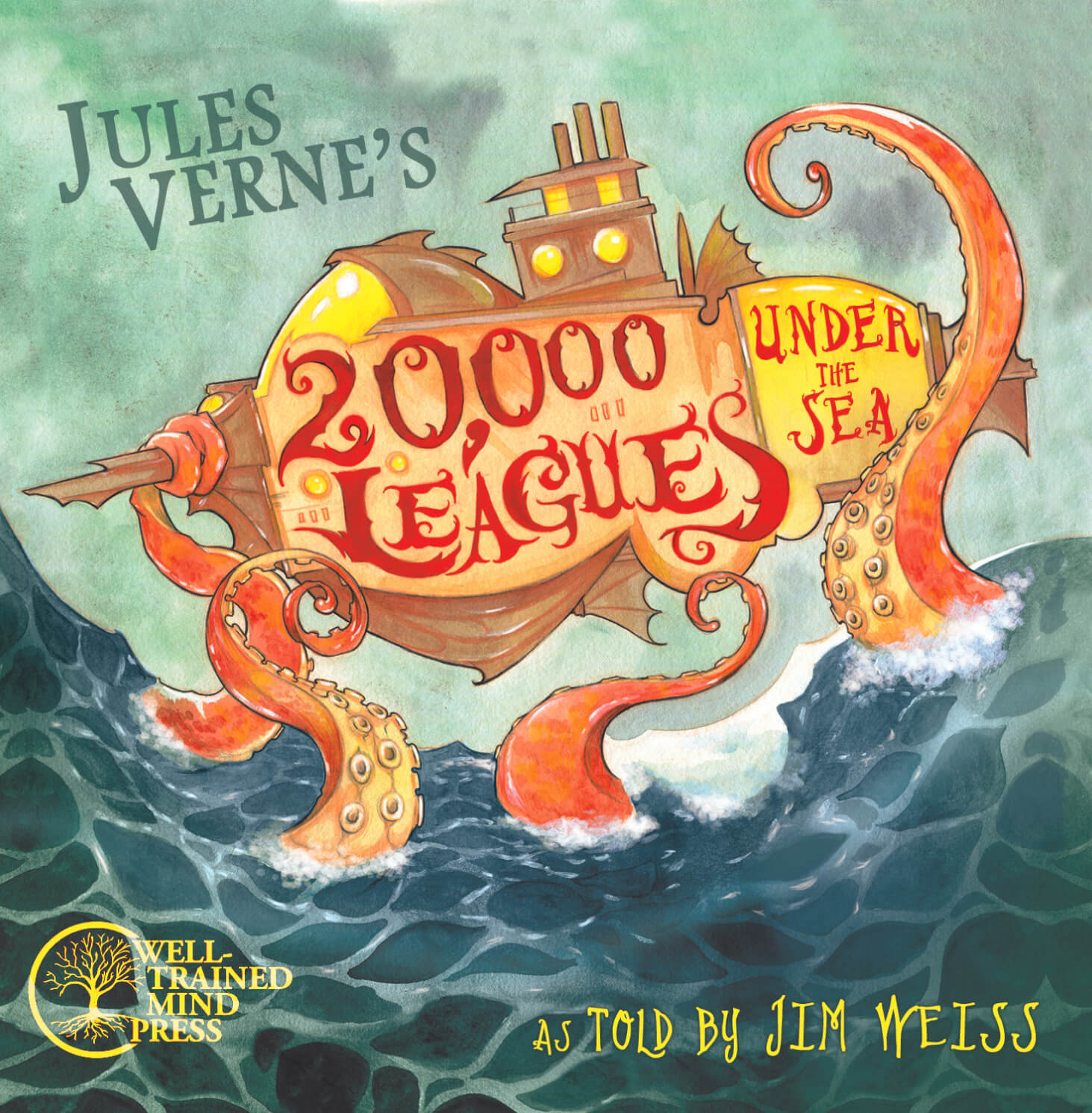 Twenty Thousand Leagues Under the Sea

Great literature and science merge in this carefully abridged and adapted masterpiece of adventure, thrillingly narrated by Jim Weiss.

A century before Jacques Cousteau, Jules Verne took readers for a whirlwind journey beneath the sea in the submarine Nautilus. Accompany brilliant scientist, Pierre Aronnax; his faithful servant, Conseil; bold mariner, Ned Land; and mysterious Captain Nemo as they walk on the ocean floor, journey beneath polar ice, and fight for their lives against sharks, giant squid, and one another. Verne’s famous gift for prophesying future events still startles us throughout this electrifying voyage. Come aboard – and add the Illustrated Companion Reader for even more adventure! Timeline: 1867-1868

Titles Available in this Bundle

Twenty Thousand Leagues Under the Sea

Dive into adventure with our heroes as they battle giant squid, navigate dangerous oceans, and discover fascinating creatures and fabulous treasures. Listen to this classic tale on its own, or as you read along with the accompanying Companion Reader.

20,000 Leagues Under the Sea Companion Reader

Dive into adventure with our heroes as they battle giant squid, navigate dangerous oceans, and discover fascinating creatures and fabulous treasures. Read along with the audio companion, or perform the audio/radio drama that’s included.