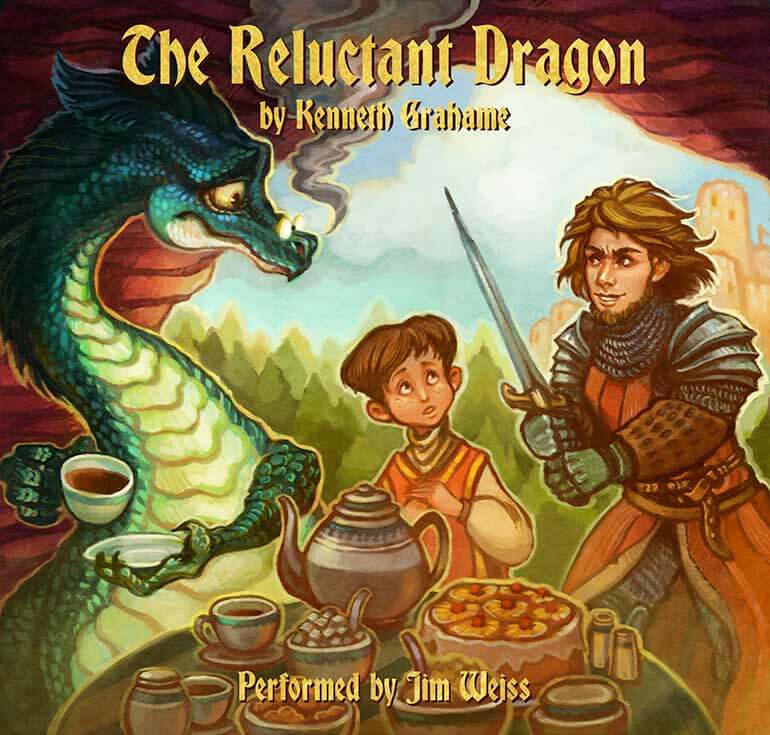 Can a brave knight, a misunderstood dragon, and a clever boy find a way to win a fight without actually fighting? Enjoy Jim Weiss’s unabridged audio performance of this beloved story from the author of The Wind in the Willows.

Everyone is in a panic–a dragon has been discovered in a cave near the town! The people call for that famous dragon-slaying knight, Saint George, to defeat the monstrous beast. But when one smart little boy actually meets the dragon, he finds a harmless, friendly creature who would much rather write poems than burn villages. Can the boy find a way to make peace before the knight and the dragon have to fight?

Find out in this gentle, humorous classic from Kenneth Grahame (the author of The Wind in the Willows), narrated unabridged by master storyteller Jim Weiss. Includes a brand-new song: “The Waltz of the Dragon.”