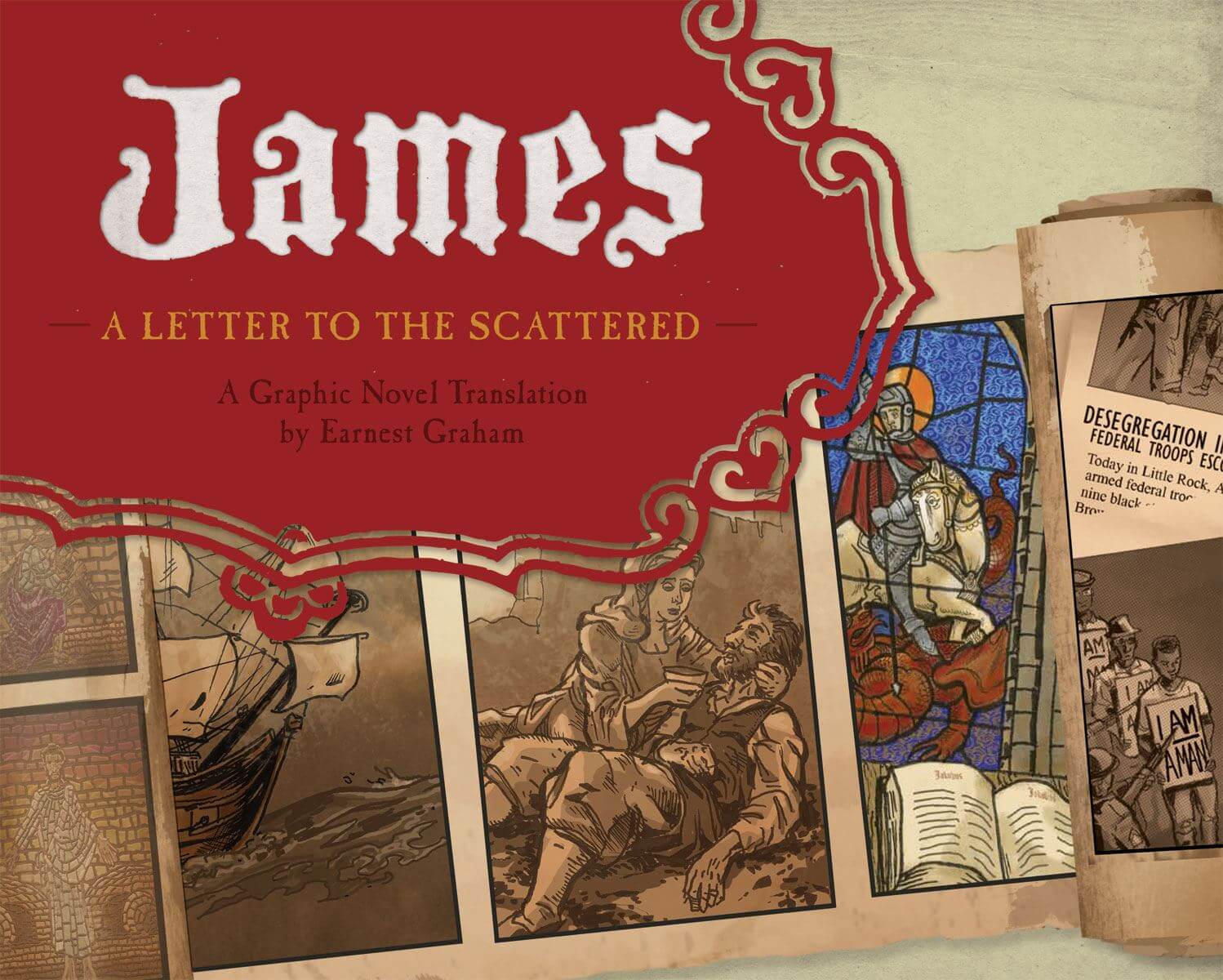 James: A Letter to the Scattered

The ancient wisdom of the Epistle of James comes to life for a new generation in this exciting graphic novel. Dramatic illustrations show many deeds of bravery and compassion inspired by a single ancient letter. From Roman catacombs to modern America, witness acts of mercy, courage, and kindness – sometimes in the most unexpected places.

This graphic novel depicts the ancient wisdom of the Epistle of James for a new generation.

For two thousand years, a single ancient letter has inspired deeds of world-changing bravery and has kindled compassion in millions of lives. In James: A Letter to the Scattered, Earnest Graham’s dramatic illustrations follow women and men around the globe and through time. Follow hunted Christians into Roman catacombs, accompany errands of mercy in modern hospital corridors, see courage and kindness amidst the carnage of the Thirty Years’ War, witness the fight for justice in 19th-century Mexico, and march beside protesters in 1960s Alabama.

Be the first to review “James: A Letter to the Scattered” Cancel reply