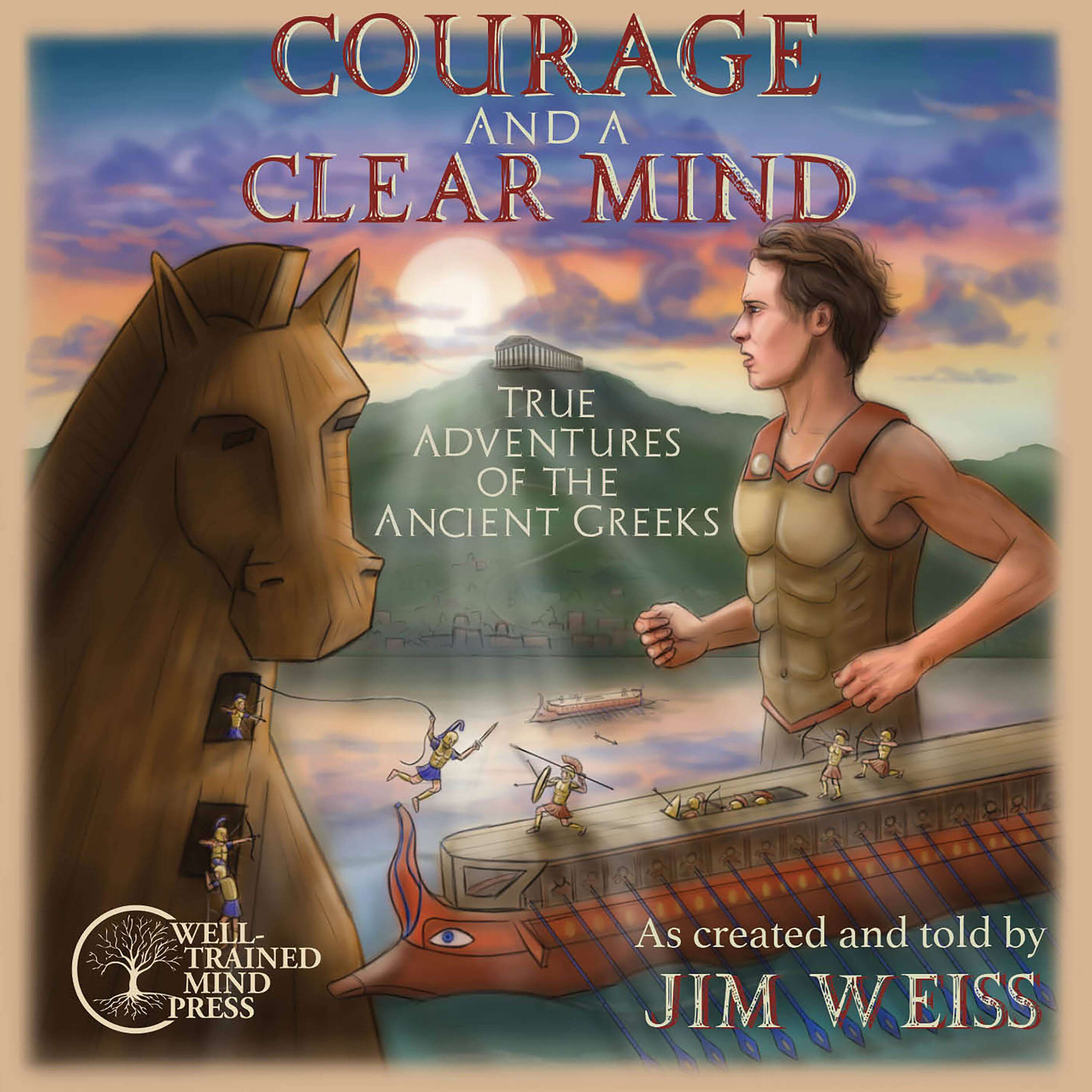 Courage and a Clear Mind

The courage of the 300 Spartans, the trick of the Trojan horse, the first Olympics – the whole family will enjoy listening to these accounts from the history and culture of ancient Greece.

Written and narrated by Jim Weiss,  these thrilling episodes from the history and culture of ancient Greece are sure to inspire your own exploration of the potential that lies within us all.  Include the Olympics, the 300 Spartans, and the wisdom of Socrates.

In these vivid, true stories, Jim takes you back 25 centuries to Golden Age Greece. You’ll charge into land and sea battles to defend the world’s first democracy against a vast, tyrannical empire; attend the original Olympics; hear history’s most famous storyteller, Homer, spin his classic adventure, “The Trojan Horse;” laugh and learn with Socrates, the wisest (and funniest) man in Greece; and meet artists and authors, as well as typical families, in the rival cities of Athens and Sparta.