The two most common complaints we hear from parents who are trying to use narration as a teaching tool are, “My child gives me every detail of the story! My hand is falling off trying to write it down!” and “I have to pull every single phrase out of my child, or he won’t say a thing!” For both problems, try the following procedure:

Keep on with your regular reading in history, science, and literature, but when you ask the child to narrate, begin with two sentences from the material you’ve read. Pick any two (consecutive sentences) and read them to the child. Then ask the child to condense them into one sentence. Help the child identify what information to leave out by asking him what the most important part of the sentence is.

For example, say you’ve just read the Usborne Book of World History spread on the Hittites (pp. 40-41). Choose two sentences from this page, such as the following: “The Hittites’ horses were too small to carry riders far. The warriors rode into battle in small chariots pulled by two or more horses.”

Don’t be afraid to suggest phrases that will help shorten the narration. The child is learning the new skill of paraphrasing, but he can’t learn it until he has heard it modeled. You are “modeling” narration by saying a sentence, suggesting a shorter way to say the same thing, and then asking him to repeat after you. A child who has difficulty in narrating often can’t think of a different way to repeat information. Practice this skill by offering the child one phrase at a time, and helping him to find synonyms for the words used by the book.

When he is able to do two sentences at a time, add a third. Suggest to him that he can leave out some of the information completely. You might offer him the first three sentences on p. 82: “From the great civilizations of Egypt, Africans learned how to work gold, copper, tin and bronze. The Assyrians, with iron weapons, invaded the Nile Valley in 671 BC and the use of iron spread. Two powerful kingdoms grew up south of Egypt — Kush and Axum (modern Ethiopia).” Ask him to begin his narration with the basic information in the first sentence: “Africans worked with gold and copper and tin.” Suggest that he can say “metal” to replace “gold and copper and tin.” Now his narration reads, “Africans worked with metal.” Say to him, “The next word should be ‘and,’ so that we can add some more information. ‘Africans worked with metal and —’ What would you put next?” Let him try some different options: “Africans worked with metals and so did Assyrians.” If he comes up with a summary like this, say, “Good! Let’s just stop there. You don’t need to include anything else!” Or he might say, “Africans worked with metal and had two kingdoms, Kush and Axum.” Praise this sentence, and reassure him that he doesn’t have to talk about the Assyrians in this sentence.

When you add a fourth sentence to the text he’ll be summarizing, you can allow him to move to a two-sentence narration. Keep on with this process, adding one sentence to the selection to be narrated only when the child is able to easily summarize the amount of information you’re currently working with. Don’t worry about the text you’re not narrating! Remember that the goal of classical education is not “brute knowledge” of a certain amount of information, but rather training in the thinking skills that will allow the student to learn any information he chooses. Once your student has learned to summarize, he will be equipped to grasp and retain more knowledge in the later stages of classical education.

1 thought on “Tips for Narration” 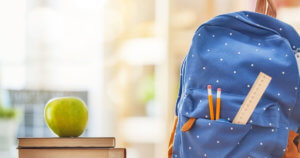 Maturity & The Real Child, Part II: Strategies for the Age-Grade Mismatch
If your child’s maturity level doesn’t happen to coincide with the (artificial) grade level that matches his age, what strategies can you use? First, do

Maturity & The Real Child, Part I: The Problem With Ages and Grades
On my Virginia farm, I raise livestock; lambs and kids born on the same date rarely clock in at the same size, wean themselves, or 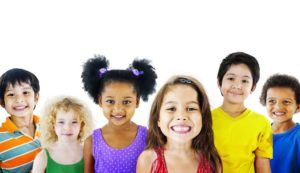 Why Do Six-Year-Olds Go to First Grade?
In contemporary education, “What grade are you in?” has become synonymous with “How old are you?”  But the age grading system that shoves six-year-olds into 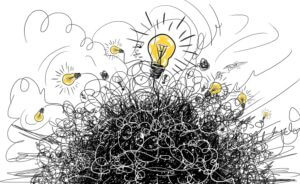 Dictation with Dan, Aged 13, Part 2 (Because Dictation Is Time Consuming)
Writing with Ease, Level 4 in action! Did you miss Part 1? Don't forget to go back and check it out.
Previous
Next
SUBSCRIBE TO OUR NEWSLETTER